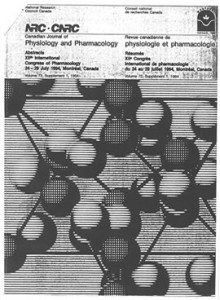 Bio-catalyzer (Bio-Normalizer: BN, Sun-O International Inc., Japan) is a white, sweet, multiple plant enzyme granules produced by fermentation of Carica papaya and tropical herbal plants with fermentative cereals from tropical and Japanese traditional food. BN is a free radical scavenger, which inhibits bacterial growth, and the action of toxohormone-L. In this study, we examined its effect on chemotaxis of macrophages (MØs) in naturally occurring gingivitis rat (ODUS/Odu). ODUS/Odu were given 2% BN for 2 months. Rat MØs were collected 4 days after intraperitoneal injection of 1% oyster glycogen solution in saline. (MØs)  chemotaxis was measured by the membrane filter method using 48-well microchemotaxis chambers, using zymosan-activated serum as the chemo-attractant MØ chemotaxis was significantly lower in the BN-treated group than in the control group. This that BN plays an immunological role in host defense.

Dear Colleague:
We are pleased to inform you that your abstract has been accepted for a poster presentation at

the XIIth International Congress of Pharmacology to be held on July 24-29, 1994 in Montréal, Québec.

Your abstract has been assigned to the poster session as follows:

Your poster board number will appear in the Final Program which you will receive at the registration desk.

The poster sessions will take place in the Exhibit Hall of the Palais des Congrès between 12:00 and 14:00 hours and the provided poster boards are approximately 1 m high and 1.5 m wide ( please see preliminary program for details).

Bio-catalyzer (Bio-normalizer: BN. Sun-0 International Inc., Japan) is a white, sweet, multiple plant enzyme granules produced by fermentation of Carica papaya and tropical herbal plans with fermentative ,cereals from tropical and Japanese traditional food. BN is a free radical scavenger, which inhibits bacterial growth, and the action of toxohormone-L. In this study, we examined its effect on chemotaxis of macrophages (M~s) in naturally occurring gingivitis rat (ODUS/Odu). ODUS/Odu were given 2% BN for 2 months. Rat M~s were collected 4 days after intraperitoneal injection of I% oyster glycogen solution in saline. M ~ chemotaxis was measured by the membrane filter method using 48-well microchemotaxis chambers, using zymosan-activated serum as the chemoattractant. M~ chemotaxis was significantly lower in the BN-treated group than in the control group. This suggests that BN plays an immunological role in host defence.

Pyrogen-induced elevation of hypothalamic (HT) PGE2 production is considered to play a major role in changing the thermoregulatory “set point” to a new level, that is the chracteristic feature of fever.  Aging is associated with attenuated febrile response. It was the aim of the present study to compare the effects of bacterial endotoxin (E. coli LPS, 50 pg per animal, i. p.) on rectal temperature (RT) and ex-vivo HT PGE2 production in young adult (4-6-mo-old) and old (24-mo-old) female Wistar rats. Animals were kept at 22±1C.: 12L,12D , water and food ad libitum. RT was measured before and at different post-injection time periods. 24 h later, hypothalamus was excised and incubated in Krebs buffer solution for 3 h. The incubation medium was replaced each hour for PGE2 assay by RIA. As compared with young adults, LPS-treated old rats displayed delayed febrile response, however no age-related differences in maximum RT amplitude were found (+RT. 6 II. 0.8 and 0, p<0.05: 24 h. 0.7 and 0.6 oC. young adults and olds respectively). Both in young adult and old rats, LPS induced about two fold elevation in HT PGE2 production, as compared with control rats (p< 0.05). Regardless of the lock of age-related differences in RT and HT PGE2 production, measured

between RT changes and HT PGE2 production was observed (p<0.05). The data obtained point toward probable disregulation between central and peripheral thermoregulatory mechanisms or fever in aging. Autres

Bacterial endotoxin ( lipopolysaccharide, LPS)  is a pyrogen that causes fever in a variety of animals. In our previous study we have demonstrate that the mice rectal temperature (RT) significantly decreased (p<0.01) during  6 hr after LPS injection then followed recovery of RT to the control level up to 24 hr. In spite of the lack of hyperthermic phase, ex-vivo HT PGE2 production. measured 24 hr after LPS injection was twofold greater as

compared with controls. The present investigation was undertaken to correlate the effect of LPS and INDO on RT and HT PGE2 production in the hypothermic phase. Adult male mice in control room (22±1 0C) were Injected with LPS (E. coli, 50 pg/mice), saline and INDO (50 mg/kg) lmmediately after LPS. Significant decrease (p < 0.01) in RT was found

Many studies have shown that periodontal lesions in diabetic patients progress rapidly and resist treatment. To elucidate the effect of diabetes on periodontal lesions, chemotaxis, phagocytosis and superoxide anion (Oz–) production of leukocytes were studied in rats with naturally occurring gingivitis (ODUS/Odu) treated with streptozotocin to induce diabetes. Rat macrophages (M ~ s) were obtained 72 hours after intraperitoneal injection of mineral oil. M ~ chemotaxis was measured by the membrane filter method. Phagocytosis was measured using opsonized zymosan and fetal bovine serum. O2 production was measured by the reduction of cytochrome c. . Three functions of M~s from diabetic ODUS/Odu were significantly less than those of M ~ s from non-diabetic ODUS/Odu, diabetic or non-diabetic control rats. These suggest that diabetes strongly affects the leukocyte function of M~, thereby weakening the host defense mechanisim and leading to production of severe periodontal lesions. (Supported by a Grant-in Aid for Scientific Research No.04671147)

THE POSSIBLE CONTRIBUTION OF NEUTROPHILS, BUT NOT T LYMPHOCYTES, TO MDP-LYS(L18)-INDUCED ARTHRITIS IN RATS.

When MDP-Lys(L18), an analogue of muramyt dipeptide, was subcutaneously administered to rats, swelling of the tarsal joints was seen from 1 week later. We speculate that MDP-Lys(L18)-induced arthritis (MIA) is different from Freund’s complete adjuvant-induced arthritis (AlA). In the present study, we investigated the contribution of T lymphocytes to the development of MIA and AIA. AlA was not induced in athymic nude rats, and spleen cells obtained from Lewis rats with AIA transferred the arthritis to normal recipients. In contrast, MIA was induced in nude rats and was not transferred by spleen cells. We also examined the contribution of neutrophil to MIA because neutrophil infiltration was the earliest change observed in synovial membrane. MDP-Lys(L18) stimulated the production of neutrophil chemotactic factor(s) by rats peritoneal macrophages in vitro, but did not by those of mouse which never showed MIA. These data

suggest that neutrophils recruited  by chemo attractants released from MDP-Lys(L 18)- activated macrophages may have an important role in MIA.

This study examined the effect of two- month administration of Bio-normalizer (BN) on the chemotaxis of macrophages in naturally occurring gingivitis rat (ODUS/Odu) injected with 1% oyster glycogen solution. BN significantly decreased the macrophage chemotaxis as compared to the control group of rats suggesting that BN may play an immunological role in host defense.

Mail all correspondence to:
Nicole A Sarault, Congress Manager

DIFFERENTIAL CELLULAR ACCUMULATION TRIGGERED BY PAF IN THE PERITONEAL CAVITY OF SENSITISED MICE,

COMPARISON OF NON-PEPTIDE NK-1 RECEPTOR ANTAGONISTS AND CALCIUM CHANNEL ANTAGONISTS ON THE INHIBITION OF THE PLASMA EXTRAVASATION INDUCED BY THERMAL INJURY IN RATS,

THE ROLE OF NEUROPEPTIDES IN THE PATHOGENESIS OF CUMULATIVE

GASTRODUODENAL MUCOSA PAF LEVELS BEFORE AND AFTER TREATMENT OF HELICOBACTER PYLORI INFECTION,

EFFECTS OF LPS AND INDOMETHACIN ON SHORT TERM FEVER RESPONSE AND HYPOTHALAMIC PGE2 PRODUCTION IN MICE.

of the Negev, Beer Sheva, Israel