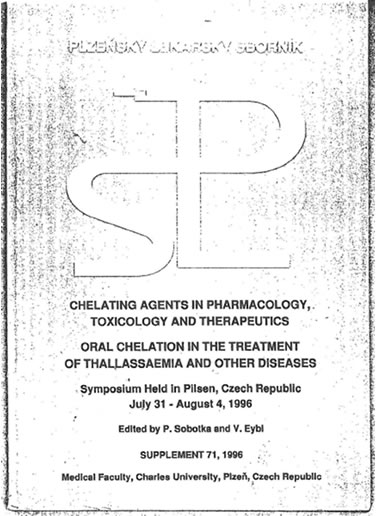 It is known that exposure to coball-contaning dust is associated with the development of development of lung disease characterized in its extreme by a potential interstitial  fibrosis. At the same time.   Exposure to lead causes   hematological,    gastrointestinal,   and    neurological dysfunction.  However, despite  the difference  in their toxic manifestations, both  metal seems to be  able to stimulate the overproduction  of free radicals and destroy endogenous antioxidants. Therefore. it may be suggested that damaging free radical-mediated processes can mainly or partly he responsible for the toxic effects of both cobalt and lead. Early, we have shown [1,2] that Japanese  health food  supplementation  Bio-normalizer (a  natural nontoxic  substance  possessing  antioxidant  and  chelatory properties)  can  control  free radicals mediated processes in the in Vitro and  in in vivo systems. Because of that, we have studied the possibility of application of Bio-normalizer for suppressing the toxic activities  of cobalt and lead in human and animals.

The toxic activities of cobalt and lead were studied in animal model of lung injury. Cobalt sulfate was injected intratracheally to male Wistar rats. which then were sacrificed on 1st, 3d, 7th days.  Simultancously, cobalt  injections were  given  to  rats, which  were  fed  with  Bio-normalizer  (BN).  In  all  cases  animal  survival,  cobalt-induced   lung  edema,   and   the parameters  of  rats  free   radical  status  (GSH content,  erythrocyte  and  leukocyte   SOD activities,  and  oxygen   radical  release by  leukocytes and   alveolar  macrophages) were determined.

In contrast to previous findings obtained  with cobalt  instillation to hamstern [3], we found  that cobalt sharply increased  GSH  level in the rat lung. BN administration enhanced sinergistically  GSH  level  in the  cobalt-treated  animals.  SOD   activity in erythrocytes   of cobalt-treated  rat., decreased  by 1.5 – 2  times in comparison  with control  animals,  but BN admistration temporary  restored  SOD  activity on the 3d  day. SOD  activity in leukocytes practically was not affected by Co instillation. Cobalt  administration  significantly enhanced oxygen radical release by leukocytes (measured  by lucigenin-amplified  chemiluminescence, CL)  and decreased CL produced  by alveolar macrophages. BN suppressed  both inhibitory and stimulatory effects of cobalt (Table  1). This finding possibly shows  the most important beneficial effect of this nontoxic  natural  substance because  BN  turns  out  to  be  able  to suppress  the inflammation stimulated by leukocytes and increase  the phagocytic  activity of macrophages.

It was found that the consumption  of BN  was not associated with any adverse effects in patients; on the contrary, the clinical conditions of most patients were improved. Chelatory effect of BN was dose-dependent: the administration of 6 g BN a day to patients of Group D significantly enhanced lead level in the blood (Table 2). while there was no change in the lead level of the, patients of Groups A and C. Interestingly, that the patients of Group B are also characterized by the diminished ALA and coproporphyrin contents, the parameters of lead-induced damage. Therefore,  this dosage seems to  be  optimal in  combating the consequences of lead intoxication.